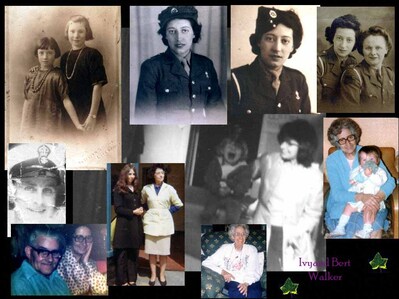 This is my small tribute to her.

Ivy Collins was born in Birkenhead, Merseyside, England in 1917. She served in the ATF during the War and travelled around England. She met and married a Naval Chief Petty Officer, Bert Walker (who served on the HMS Prince of Wales and survived the sinking).

Her first job was as an usherette in a Cinema in Birkenhead but after the War she became a Chef. She made the best cakes, scones and pastries that I've ever had.

Later on she opened up her own little wool shop on Greenwood Lane around the corner from her house in Liscard, Wallasey. The shop was called Ivy's and sold wool, knitting patterns, cloth, cotton, etc. Ivy was well known and well loved and her shop was the center point for many people to stop and catch up. Nothing ever daunted her. I remember the story of a little boy who ran into her shop one day screaming. His eye was hanging out on his cheek! My Nan just popped it right back in and then called for an ambulance. The boy ended up being fine.

She had four children, Lesley (my mum), Donald, Jeanette and David. Donald died in his twenties. She also lost her husband, Bert in 1979. Through all of this she remained a strong, graceful woman with a warm wit and lovely sense of humour. One time whilst out shopping she came across a lady who seemed all flustered at the side of the road. When my Nan asked if she could help, the lady asked if she could see her  across the road. My Nan did and the lady thanked her and said that she would understand when she got to  her age. My Nan asked her how old she was "67" she said. My Nan walked off chuckling as she was 80 at the time!

She has instilled those qualities into her family and we are all the better for it.


She will be greatly missed by all of us.

I'm looking to speak with anyone who may have known my Grandfather. His name was Bert Walker and he was from Wallasey, Merseyside.
He served aboard HMS Prince Of Wales as a Chief Petty Officer. He survived the sinking but died in 1979 when I was rather young.
This was the speech I gave at Nanny's funeral.  The first time I've ever had to give such a challenging speech. 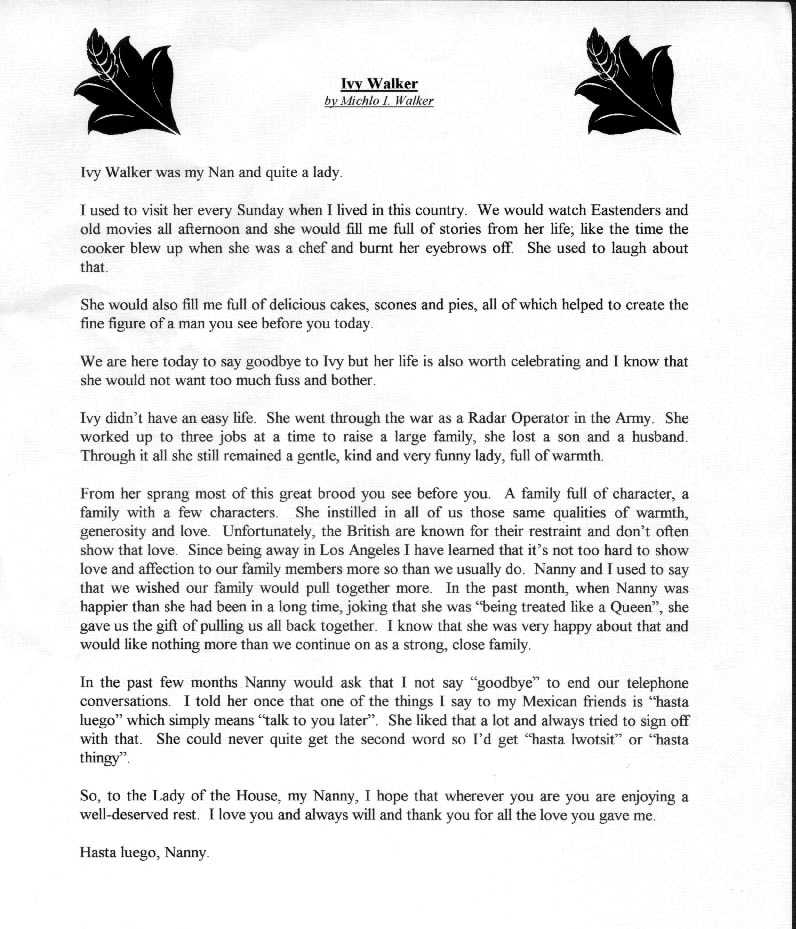